Is Anishinaabemowin (Ojibway language) for “I am a kind man”, this phrase guides us in how to engage men to take action to end violence against Indigenous women.

AN INDIGENOUS APPROACH TO HEALING

Kizhaay Anishinaabe Niin – I am a Kind Man is guided by an Indigenous approach to healing that recognizes the distinct histories, unique cultures, and shared traumas of all Indigenous people negatively impacted by colonization. Our approach to healing is wholistic, taking into account all aspects of creation.

ABOUT I AM A KIND MAN

Kizhaay Anishinaabe Niin – I am a Kind Man engages Indigenous men by raising awareness and an understanding of the causes of violence against women. It supports Indigenous men to come together to end violence. It is designed to offer Indigenous men a safe place to understand their roles and responsibilities in ending violence.

This Kizhaay Anishinaabe Niin twelve week curriculum is guided by the Seven Grandfather Teachings and provides programming for Indigenous men who are committed to ending violence. 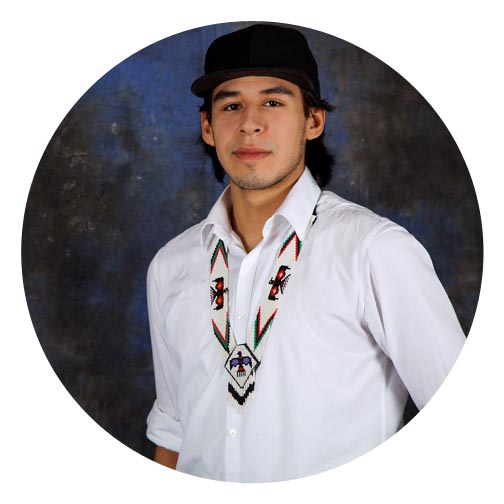 Bravery Is To Face the Foe with Integrity 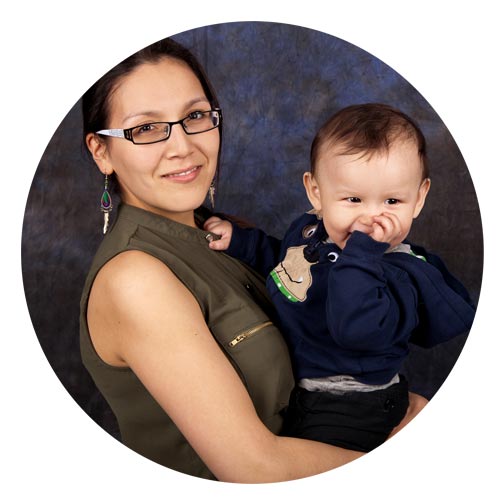 To Know Love Is To Know Peace 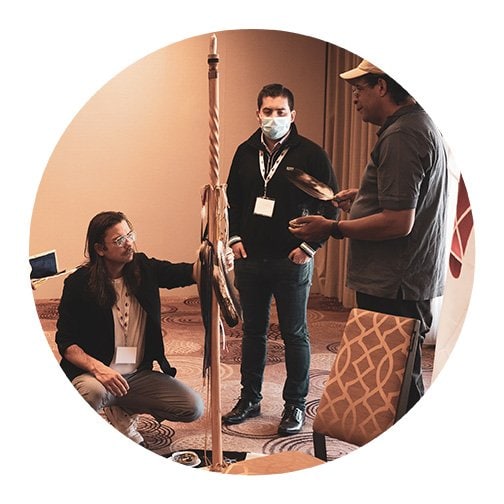 To Honour All of Creation Is To Have Respect 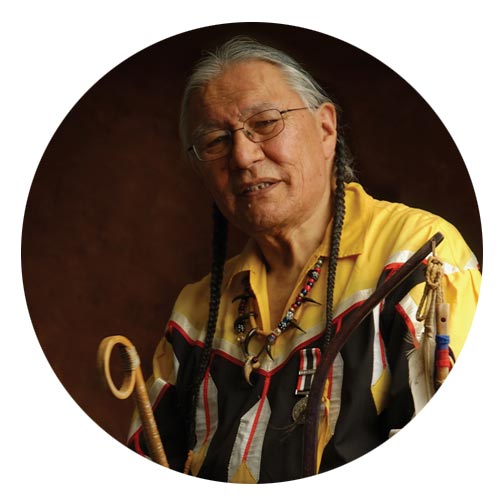 To Cherish Knowledge Is To Know Wisdom 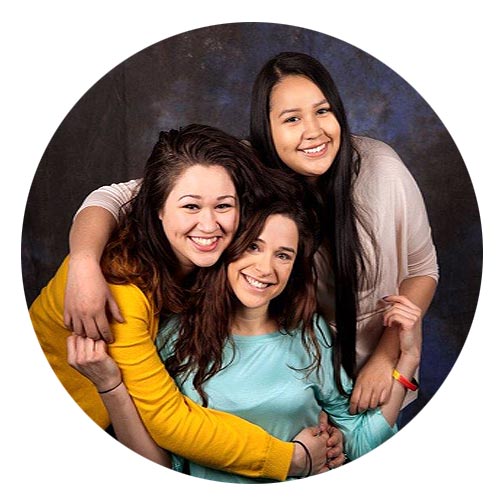 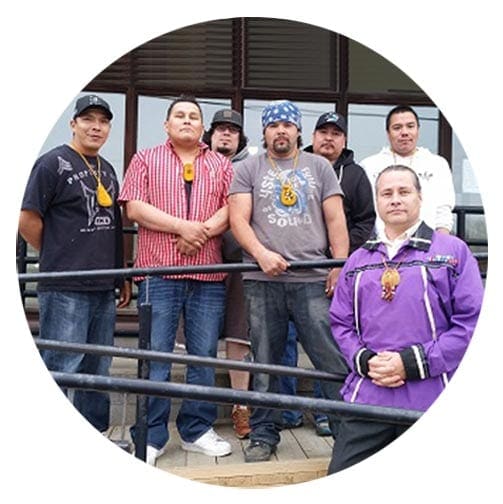 Honesty in facing a situation is to be brave 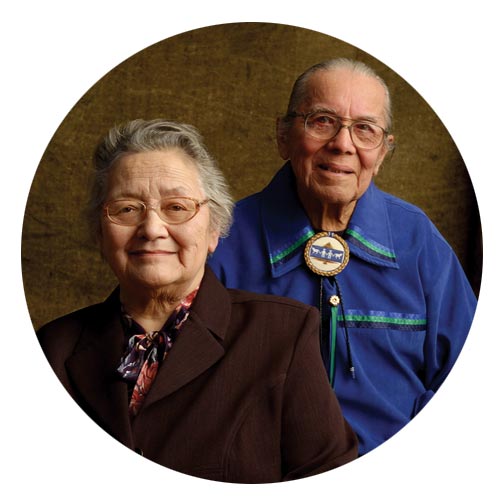 Humility is to Know Yourself as a Sacred Part of Creation

The statistics below show the number of Indigenous women who are affected by violence in Canada in relation to non-Indigneous women.

“Consequent to colonization, forced assimilation, and cultural genocide, the learned negative, cumulative, multi-generational actions, values, beliefs, attitudes and behavioural patterns practiced by one or more people that weaken or destroy the harmony and well-being of an Indigenous individual, family, extended family, community or nationhood.”

The statistics to the right are from the 2014 RCMP Operational Review on Missing and Murdered Indigenous Women.

In 2014, the OFIFC responded to the RCMP Operational Review on Missing and Murdered Indigenous Women in Canada. Please see the news release and response by clicking below.
OFIFC NEWS RELEASE

SOME SERIOUS FACTS TO CONSIDER

ABOUT VIOLENCE AGAINST INDIGENOUS WOMEN

Kizhaay Anishinaabe Niin – I am a Kind Man acknowledges that sexism and male privilege are contributing factors to the prevalence of violence against Indigenous women. There are obvious examples of sexism directed at women in everyday life such as being told they are unable to do something because they are a woman, or being told “this is a man’s job”. Commenting on a woman’s appearance, although men may be intending it as a compliment, can also be received as sexism and harassment.

All men have different gifts and different abilities. There is no single set of characteristics that make up what a real man is or what a real man should be.  Traditionally, Indigenous men had roles and responsibilities to serve in and participate in creating and maintaining healthy and sustainable communities. Our society is ever changing and our daily lives are constantly evolving. Yet these traditional roles and responsibilities are still important for Indigenous men today.

Kizhaay Anishinaabe Niin – I am a Kind Man strongly supports healthy sexuality and the inclusion of people from all gender and sexual identities including those who identify with an LGBTTIQQ2SAPA community (Lesbian, Gay, Bisexual, Transsexual, Transgender, Intersex, Queer, Questioning, 2-Spirited, Asexual, PanSexual, and Allies).  In order to become healthy men in our communities we must respect the identities of all individuals.

As Indigenous men we know that we all come from diverse backgrounds. There are many different Indigenous Nations and languages in Canada, all with differing practices and traditions.  Traditionally both men’s and women’s roles and responsibilities were treated as equally important. Today we must recognize that both men and women can share the same responsibilities, so long as they create balance and a healthy community. The Kizhaay Anishinaabe Niin – I am a Kind Man campaign does not privilege the knowledge of men over women. Just because something is traditional or a long standing practice, does not mean it is correct.  Openness to change is important to a healthy Indigenous man’s identity. Sometimes it takes courage to create change.

As a young Indigenous man in Ontario I speak out against violence towards women in Indigenous communities. My vision is to create healthy communities where women and children are safe and respected.

When a man chooses to use violence towards a woman he is dispiriting her. He is changing the very spirit she entered the world as.

Elder Advisor to I am a Kind Man

The Kizhaay Anishinaabe Niin – I am a Kind Man campaign does not privilege one man’s identity over another. The campaign is for all Indigenous men regardless of their skin colour, status, place of birth, where they were raised, or their nation.

Kizhaay Anishinaabe Niin – I am a Kind Man utilizes activities and teachings based on the 7 Grandfather Teachings to help Indigenous men heal and to actively end violence in our communities. Culture based programming increases resilience by empowering men to acknowledge and resolve trauma, as it provides a venue for exploring historical traumas and how they are transmitted from generation to generation. The goal of which is to improve men’s well-being and foster community wellness.

As the original inhabitants of Turtle Island, Indigenous people have our own distinct history that existed far before the arrival of Europeans and other migrants to this land. Our stories carry our traditions and histories of our ancestors passed. The Kizhaay Anishinaabe Niin – I am a Kind Man campaign encourages Indigenous men to seek their original teachings from their nation to guide them on their healing journey.

Kizhaay Anishinaabe Niin – I am a Kind Man encourages facilitators and participants to incorporate traditional knowledge, medicines, and ceremony throughout each session. These traditional teachings and practices support participants as they become self-aware about their roles and responsibilities to their families, themselves and their communities.

20 YEARS OF INDIGENOUS HEALING AND WELLNESS IN ONTARIO

Since its inception in 1994 and over the course of 20 years of service delivery, the Aboriginal Healing and Wellness Strategy (AHWS) has contributed to significant change in negative health outcomes and levels of family violence experienced within Indigenous families and communities in Ontario. The strategy finds its origins as a shared commitment between the Government of Ontario and First Nation, Metis and Indigenous partners working alongside of Indigenous communities in ending family violence, violence perpetrated against Indigenous women and children, and improving the general health and wellness of Indigenous people in Ontario. The Aboriginal Healing and Wellness Strategy esteems Indigenous cultural approaches to program and service delivery and continues its ongoing commitment to end violence and improve overall health outcomes within Indigenous families and communities into the current day. The AHWS 20th Anniversary video commemorates the collective history, growth and accomplishments of the Aboriginal Healing and Wellness Strategy in Ontario.

The Kizhaay Anishinaabe Niin –  I am a Kind Man campaign is a step towards returning to our traditional teachings, respect for each other, and a chance for us to envision a world free of violence.

Kizhaay Anishinaabe Niin – I am a Kind Man is targeted at reaching Indigenous men and youth. In some communities, men will play the central role; in others, campaigns will be developed with both men and women taking leadership. Having activities jointly organized by men and women is a great way to model equal relationships and respect.

The Ontario Federation of Indigenous Friendship Centres provides training for I am a Kind Man to facilitators selected and supported by their local communities. Since the campaign began, over 200 men and women have been trained to facilitate the Kizhaay Anishinaabe Niin – I am a Kind Man program.

* Please be advised that Kizhaay Anishinaabe Niin is a program and training process of the Ontario Federation of Indigenous Friendship Centres. The OFIFC provides all training and recognition. All trainers and training sessions must have prior approval by the OFIFC, and the intellectual property of the OFIFC must be acknowledged. 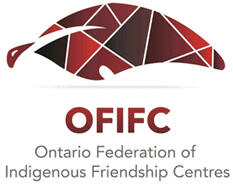